The Rule of Threes

This is not my knowledge. I’m just trying to teach you the way my teacher has taught me. And she’s way smarter than I am, so this is likely going to be wretched.

If you want gameplay, you need at least three forces working holistically at every level. These are called triads. – My teacher

This one took me a while to understand, but I finally understood when we used the classic game of Rock Paper Scissors as an example.

Two players each choose, and then simultaneously make a sign with one of their hands to indicate rock, paper, or scissors. Scissors beats paper, paper beats rock, and rock beats scissors.

It’s pretty easy to see a couple of triads in there, but when she told me there were three I was skeptical. The two triads I saw easily were A) “scissors, paper, and rock” and B) the relationship of the cyclical win/lose conditions to each other.

The third triad is implicitly stated with the line– “two players each choose and then simultaneously make a sign,” which is the last triad: C) Player 1,  Player 2, and Hidden Information.

I’ll get more into this later, but this should give you the first basic gist of what my teacher is talking about when she refers to the Rule of Threes.

Trinity 9 – Why I Call it Trinity 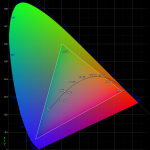 The Rule of Seven »