Since we’ve now established the best way to influence player behavior is via rewards, I want to talk about the ways in which I like to introduce rewards into my games.

A lot of this is based on behavioral psychology principles surrounding rewards delivered based on contingencies, which John Hopson describes well in this 2001 Gamasutra article. If you’re interested in the psychology behind this, that’ll be a great read.

I’m going to focus on the practical applications of this kind of thing, and I’m not going to be using all of the behavioral psychology terms because I have a hard time remembering some of them. For my sanity, then, I’ll be introducing a few terms in this article for me to use instead. Hopefully it won’t confuse anyone.

I’m going to start the article by summarizing the basics, and then go into my techniques for executing it.

I tend to use the term “reward” very broadly. It’s not that I think that’s better or anything, that’s just how I use it.

Reward: Anything in a game the player may find satisfying or rewarding.

All Theatrics count in this definition, for example, but so do secrets, collectibles, and many other things.

Rewards tend to fall into four categories, depending on the meta-game purpose they’re trying to serve:

Schedule: A set of rules governing how often rewards are given out.

I’ll talk more about these in a bit.

Contingency: A set of rules governing under what circumstances rewards are given out.

As with schedules, these rule sets generally fall into two categories:

As you can see in the diagram below, these rule sets combine in four ways: 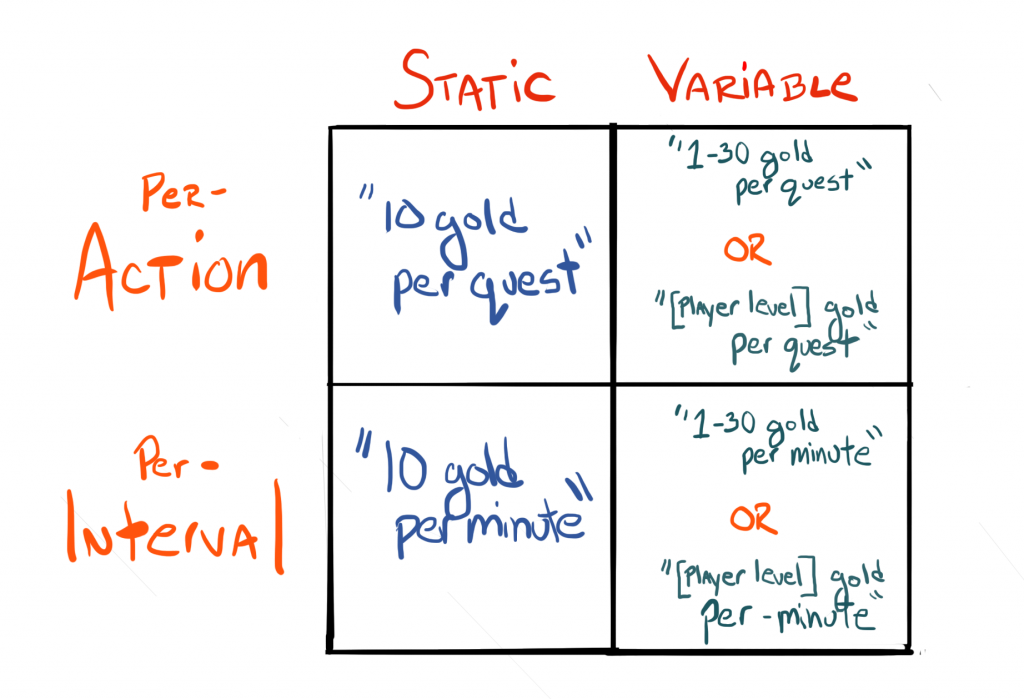 “The most popular of these is usually Variable Per-Action.”

Every time the player performs the required action or task, they are given the same reward. A good example of this is from Super Mario Bros: Every 100 coins the player collects gives Mario one extra life. 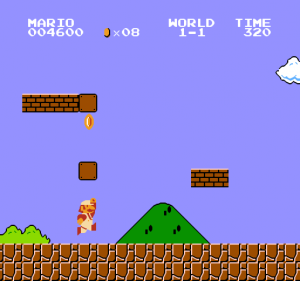 After the same amount of time elapses, the player is given the same reward. One example of this could be how enemies re-spawn in World of Warcraft. If someone else kills a powerful enemy, you must wait a certain number of seconds before the enemy re-spawns so you can kill it again.

Another example could be getting rewarded in currency for surviving a certain number of minutes in an endurance challenge (say, fighting off waves of enemies).

This is just like Static Per-Interval, except that either the amount of time or the reward is not the same every time. It could be chosen randomly, or it could escalate predictably — but it changes over the course of the game.

A good example of this comes from the free browser game, Candy Box. One of the currencies in the game is “lollipops,” which you can grow on a farm. The farm produces X lollipops for every second of real-time that passes. Over the course of the game, you can upgrade your farm to produce more lollipops per-second. 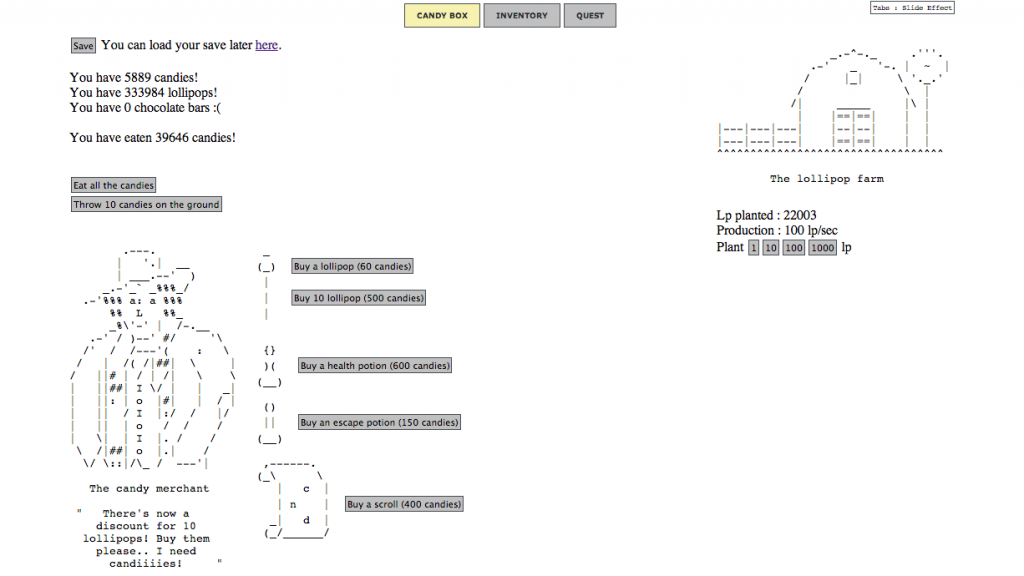 As with Static Per-Action, players are given a reward every time they perform an action or set of actions. With this, however, the actions required or the reward given can change over time.

The easiest example of this is the popular Game Show, Wheel of Fortune. Every time someone spins the wheel (per-action) they get a random reward (variable).

Creating Reward Schedules for a Game

Generally in a video game, you won’t have just one reward schedule. Hopefully, if you’re designing your meta-game well, you will have a series of overlapping reward schedules that regularly reward the player with various “tiers” of rewards for each of the meta-game purposes we discussed earlier in the article.

This is very hard to describe, so I’m going to give you an example of how this was done in Ratchet and Clank, and hope it gets the point across.

In the Ratchet and Clank games, we wanted players to be feeling rewarded constantly. However, as we know from Principle #5, “when everything is turned up to 11 all the time, 11 becomes the new 5.” To do this, we use a combination of overlapping reward schedules in all combinations of Static, Variable, Per-Interval, and Per-Action.

The longer between rewards, the larger the reward would be.

For most of these, we don’t set a timer or anything — it’s not usually done as Fixed Per-Interval, in other words. We just try to make sure, by tweaking and balancing these systems, that we deliver rewards at significant time milestones. This helps keep players interested and engaged, and feels very satisfying.