Quick Tip: The Rule of Seven

When pacing elements of your game, put them in batches of 7 at a time. Then pace them like this: 3-2-2, with a rest between each section.

This is a similar rule to the rule of threes, but is actually even harder to explain and to understand, but I’ll do my best.

Basically, imagine that you’re trying to determine which enemies go where in a level. If you followed the rule of seven, you’d start by planning out the first seven setups so they ramp up in difficulty and interest as they go along.

Then you take those setups and present them to the player one at a time, back to back. Finally, you “insert” two rest periods (or breaks) into the middle of those seven setups.

You can put the two rest periods wherever you think is appropriate within the 7, but it works really well when you put  them in the order I specified above. 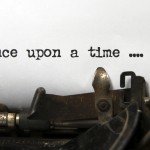