Stagecraft in Player VS Player Games

Hey everyone, I’ve had a really rough week and don’t feel up to writing the article on Paths I was going to write. Instead, I’m going to do a short “tips and tricks” sort of post about the “theatrical” elements in Player-VS-Player games surrounding the fight mechanic.

“1. Stagecraft is the technical aspect of theatrical, film, and video production. It includes constructing and rigging scenery, hanging and focusing of lighting, design and procurement of costumes, makeup, procurement of props, stage management, and recording and mixing of sound.” – Wikipedia

In film and stage acting there are a lot of tricks that go on behind the scenes of a play or movie that help set the mood, express the movie’s theme, or otherwise perform any number of useful functions. One of my favorite stage acts is Professional Wrestling, and you can’t beat them for theatrics. Everything from the commentators’ voices, to the entrance music, to the construction of the stage is often masterfully done.

Or if you’re an NFL fan, think of the fist-bumping giant robots, explosions, and rad music that precede the games.

That’s what I’m talking about here — the technical trickery that gets you in the mood to see the play, film, sport (or sports-entertainment), or even a United States presidential candidate’s boring speech.

It’s the reason most bands or comedians have a warm-up act.

Great Player-VS-Player video games are also masterful at this sort of theatricality — and the purpose of this article is to point out a few of the tricks those kinds of games use to get you in the mood before the fight.

Stagecraft in a great PVP game usually comes off something like this:

I’m going to break them down further, but I trust that if you’ve played a fighting game you’ve probably seen a flow like that before.

Notes: Players usually can’t skip this (most often because the game is streaming in data in the background). This step happens whenever a new character is to be chosen, like at the start of a match, but not necessarily at the beginning of every round of the fight.

The purpose of this step is to highlight how awesome the player’s chosen avatar is.

Notes: This is usually skippable. Sometimes step 2 is merged with step 3 and also showcases the fighters. Like step 1, this only happens once per match, not every round.

This step not only shows off your cool arena art from new and exciting angles, but it can also amp up the atmosphere — even if it’s really short (see the WWE clip below).

Notes: This is usually skippable. Sometimes step 3 is merged with step 2 and also showcases the arena. Like step 1, this only happens once per match, not every round.

Once again, the purpose of this step is to show how amazing the fighters are. This gets the player amped up and ready to go. A secondary purpose is to convey any story behind the fight or behind the characters, if there is a story.

Notes: Not skippable, usually, but sometimes it is interactive (players can move around, but not deal damage)

This step gives the players a chance to size each other up. If they’re allowed to move, they can also jockey for position pre-fight.

Notes: These are non-skippable, but sometimes interactive — living players can humiliate dead ones like fatalities in Mortal Kombat or even just extra punching time in Street Fighter 4

This step slows the pacing down and puts the focus on the moment of the winning player’s victory. During this phase some games allow the victor time to move around and humiliate the loser by “rubbing it in.”

The purpose of this step is to reward the winner of the match and make him or her feel cool for winning. It’s also an opportunity for real life crap-talking between the players.

Finally, if the victory unlocked any new content (acchievements, skins, titles, extras, etc…) or if the player is to be given rewards (XP, currency, etc) this is the step when you award that to the player. 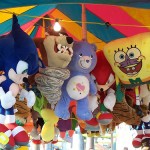